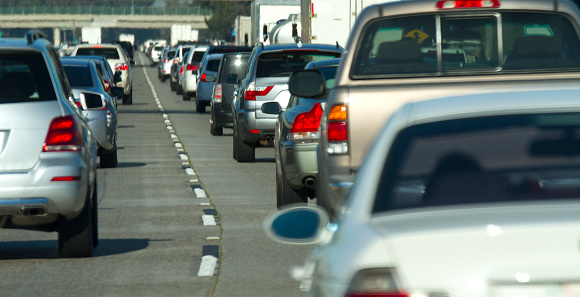 California has some of the busiest highways in the country. This includes I-80 and I-680 in the Bay Area. And while traffic congestion doesn't result in as many serious car accidents as driving under the influence, texting and driving, and other forms of reckless driving, it can still play a role in causing crashes that lead to severe injury or death.

So, what state laws exist to protect drivers and prevent car accidents on highways in California? And how do those laws stack up against other states?

Advocates for Highway and Auto Safety wanted to know the answers to these questions. That’s why the road safety group recently conducted a comprehensive study comparing California’s highway laws to similar laws in other states.

The good news for drivers in California is the state has many strict laws designed to protect safe drivers. The bad news is many laws should be strengthened as well. First, here are the California traffic laws that take a tough stance:

California is one of only six states that gives police the right to stop vehicles if passengers are not wearing their seatbelts. Thanks to Vehicle Code 27315 VC, any person age 16 or older is required to wear a seat belt when driving or riding as a passenger.

California requires all motorcyclists (including passengers) to wear helmets. Under Vehicle Code Section 27803, all motorcycle riders must wear a helmet, and it's illegal for a passenger wearing a helmet to ride with a motorcyclist who is not. "It is unlawful to operate a motorcycle, motor-driven cycle, or motorized bicycle if the driver or any passenger is not wearing a safety helmet..."

And the bad news…

The traffic safety study gave California low grades compared to other states for the following reasons:

California does not require ignition interlock devices for drivers convicted of drunk driving, even though hundreds of people die and thousands of others are seriously injured in accidents caused by drivers under the influence of alcohol.

California allows teenagers 15½ years old to seek a provisional instruction permit. Most states require teens to wait until they’re 16 years old to get a learner’s permit. And as we wrote about in November 2021, California has had the 2nd most crashes involving young drivers over the last decade.

Our attorneys go the distance for crash victims

If you or a loved one has been injured in a car accident caused by another driver in California, don't let the insurance company pressure you into accepting a lowball settlement offer. Let our experienced Bay Area car accident lawyers deal with them instead and aggressively advocate for the compensation you're entitled to.

Contact us today for a free consultation. We proudly serve clients in Walnut Creek, Antioch, and throughout the Bay Area.