New study finds an increase in drivers high on marijuana 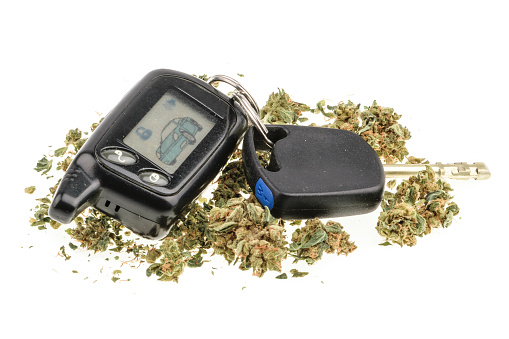 Marijuana has been legal in the state of California for about two years now. With the growing number of people using it recreationally and for medical reasons, there is also a growing concern about people driving high.

Like alcohol and other drugs, marijuana can impair drivers' judgment, motor coordination, and reaction time. According to the National Institute on Drug Abuse, THC has been found in the blood of drivers who have caused crashes.

How many drivers are high on marijuana?

The Centers for Disease Control and Prevention (CDC) recently conducted a survey to find out how many drivers are getting behind the wheel while under the influence of marijuana. The data shows that the rate of high driving is inching closer to drunk driving.

In 2018, roughly 12 million motorists across the United States drove while under the influence of marijuana. During the same year, more than 20 million Americans drive while drunk. The number of drunk drivers, however, has reportedly decreased since 2014 — while drugged and high driving has increased.

According to the CDC survey, among drivers ages 16 or older:

Can law enforcement keep high drivers off the road?

Enforcement efforts to prevent driving high have been limited. According to a 2017 report to Congress, there are currently no chemical tests available to determine the blood alcohol content of drivers high on marijuana. In addition, roadside tests are often impractical.

Scientists recently introduced a prototype THC breathalyzer, which could be mass-produced someday. This device, however, isn't yet available for law enforcement. The THC breathalyzer is only in its infancy stage of development and still has a long way to go before it can accurately detect THC on a driver's breath.

When a crash occurs, determining if marijuana use was a factor can be challenging for these reasons:

While it may be legal for adults throughout the state of California to purchase cannabis products, irresponsible use can put lives in danger. Should you or a loved one be hurt in a crash with a high driver, you need a car accident attorney on your side who will launch an aggressive and thorough investigation. You need someone who will fight relentlessly to hold negligent drivers accountable and maximize your compensation.

To learn more about which legal options are available to you, contact Clancy & Diaz, LLP, located in Walnut Creek, California.