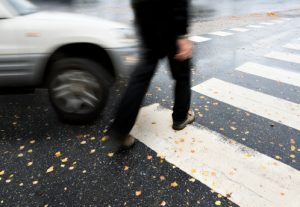 Jonathan Adkins, the Executive Director for the Governors Highway Safety Administration, is disturbed by this statistic.

"Two consecutive years of 6,000 pedestrian deaths is a red flag for all of us in the traffic safety community. These high levels are no longer a blip but unfortunately a sustained trend… We can't afford to let this be the new normal,” he said.

An accident involving a pedestrian is far more likely to result in a fatality, primarily due to the fact that, unlike drivers who are guarded by the vehicle in which they are riding, pedestrians are completely unprotected. The GHSA’s 2017 report found that, while pedestrian fatalities increased by 27 percent from 2007-2016, all other traffic accident fatalities actually decreased by 14 percent. Also according to this report, Los Angeles County had the highest number of accidents in the United States, while Orange County was the 10th-highest county in the US.

The 6,000 pedestrian fatalities across the US is far too many. California pedestrian accident attorneys at Clancy & Diaz believe that more must be done to ensure the safety of our citizens. More safety measures must be put in place, whether it’s adding traffic circles to particularly dangerous intersections or adding more and better lit crosswalks in locations other than intersections.

An accident can happen in a fraction of a second and the aftermath can sometimes be more confusing and devastating than the accident itself. After an accident, you need someone on your side—someone who knows what the process is like and can help you through it.

If you or a loved one have been injured in an accident, contact us today. We will fight to get you the care and compensation you deserve.