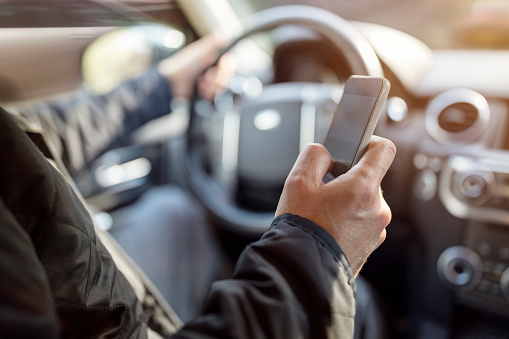 Tougher cellphone laws help reduce the number of distracted driving accidents. That's according to a recent study by the Insurance Institute for Highway Safety (IIHS) that examined California and other states with more comprehensive, precisely-worded cellphone laws.

"Our findings suggest that other states could benefit from adopting broader laws against cellphone use while driving, but more research is needed to determine the combination of wording and penalties that is most effective," said Ian Reagan, a senior research scientist at the IIHS.

Since 2017, distracted driving accidents and rear-end accidents declined significantly in Oregon and Washington. Unfortunately, California did not experience similar success. IIHS researchers believe that's because California cellphone laws allow drivers to hold a phone while driving, which creates confusion among motorists and police.

When to call a car accident attorney

Collisions caused by distracted drivers can quickly turn into complicated legal cases. That's because many drivers deny responsibility. In fact, they might even go so far as to blame you for the accident. Unfortunately, insurance companies aren't much better, either. Even if they don't dispute fault for the accident, it's common for insurance adjusters to question the severity of injuries and make lowball settlement offers.

At Clancy & Diaz, LLP, our distracted driving accident lawyers know how to handle complicated cases and get meaningful results for our clients. We know what evidence to look for and can take steps to access the at-fault driver's cellphone records, if necessary. In some cases, we may be able to secure traffic camera footage showing the other driver was distracted.

The key is to talk to an attorney from our law firm as soon as possible. When you have our legal team on your side, we will leave no stone unturned and fight for the compensation you deserve. In addition, we offer legal representation to personal injury victims on a contingency fee basis. That means you pay no fees unless we win your case.

Contact our law firm and schedule a free case evaluation. We have offices in Walnut Creek, Antioch, and Pittsburg.