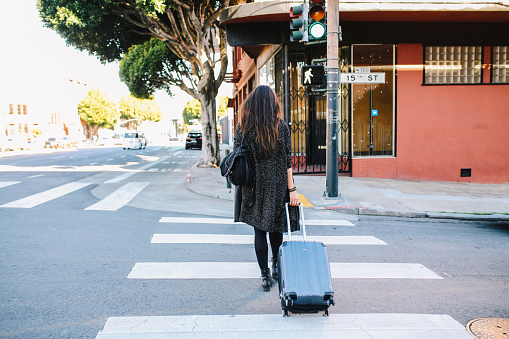 A personal injury attorney in the Bay Area discusses the problem

If you live in California, you may have already seen the signs or been personally affected by this worrisome trend. There are hundreds of pedestrian deaths in California every year. At 2.5 deaths per 100,000 people, California has the fifth-highest fatal pedestrian accident rate in the U.S.

There were 20 pedestrian fatalities in Contra Costa County in 2019, according to the latest U.S. Department of Transportation numbers. In the last several years, fatal pedestrian accidents in the Northeast Bay Area were reported in Antioch, Bay Point, Concord, Lafayette, Martinez, Pacheco, Pittsburg, and Pleasant Hill.

In an effort to combat the deadly trend, the Governors Highway Safety Administration is promoting the second annual "National Pedestrian Safety Month" this October. As part of the awareness campaign, the group is sharing news about excellent state and local pedestrian safety improvement programs.

The superheroes campaign is a California Office of Traffic Safety initiative where children dress up as their favorite superheroes and participate in safety-related activities. The Go Human program seeks to stop pedestrian accidents through outreach and education campaigns as well as safety demonstration projects.

California is doing far more than just the two programs mentioned above.

In 2008, the state's Complete Streets Act was signed into law. It requires cities and counties to consider all users of city-and county-owned roads when they update their general transportation plans. California's Department of Transportation signed on soon after, pledging to give consideration to motorists as well as other users when designing, reconstructing, and building roadways.

Complete Street advocates say the law has not led to enough change. Too often, they say, city planners and engineers will consider but ultimately reject safety features. In 2019, legislation was filed to require cities and counties to include protection measures for vulnerable street users in roadway design, reconstruction, and construction.

Meanwhile, more than 100 Complete Street policies have been adopted by large municipalities like Los Angeles and small towns in the San Francisco Bay Area.

Complete Street plans seek to address situations that lead to pedestrian, bicycle, and other accidents between vehicles and non-motorists. Studies point to multiple factors driving the hike in pedestrian deaths. The causes range from changes in new motor vehicle designs to 1950s engineering.

Underlying reasons for the spike include:

Smart Growth America, a national proponent of Complete Street designs, is proposing many ways to improve street safety. In their 2021 report, "Dangerous By Design," the groups suggests about a half dozen roadway improvements including:

Pedestrian accidents typically result in severe and often fatal injuries to the victim. Getting hit by a car can lead to life-altering injuries like spinal cord damage, broken bones, traumatic brain injuries (TBIs), and even death.

If you were injured or a loved one died after getting hit by a car, you need a pedestrian accident lawyer with the knowledge, experience, and resources to help you navigate the process of recovering your losses and hold the at-fault party accountable. Clancy & Diaz, LLP is a personal injury law firm with a reputation for getting accident victims in the Bay Area the money they need and deserve.

Contact us today for a free consultation with an experienced pedestrian accident attorney. Our law firm is based in Walnut Creek and Antioch, and we proudly serve clients throughout the Bay Area.