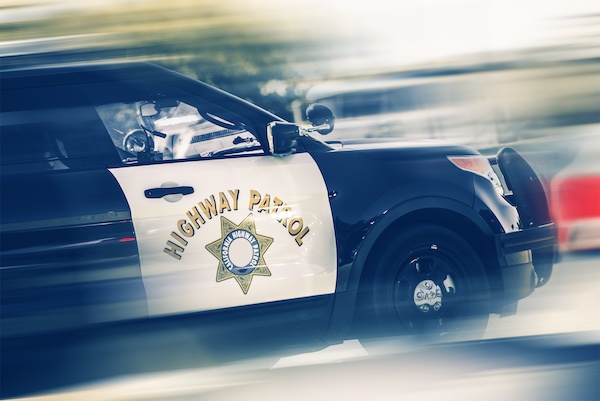 A grant given through the National Highway Traffic Safety Administration funded this program to help reduce serious and fatal crashes.

The "Don't Drive Impaired" campaign will focus on education and enforcement efforts and is scheduled to run through September 30, 2023.

"Law enforcement throughout the state continues to do their part by removing impaired drivers from the roadway," said CHP Commissioner Amanda Ray. "Reducing impaired driving through education and enforcement remains a high priority, and this campaign provides us another opportunity to further that goal. It is never worth the risk to drive impaired. Always designate a sober driver."

In 2020, 669 people were killed and 10,646 injured in accidents within the CHP's jurisdiction caused by people driving under the influence.

The CHP's campaign will involve the following:

The law enforcement agency's education efforts will also include reminding people that "DUI Doesn't Just Mean Alcohol" – nothing that cannabis, certain medications, and illegal drugs can also affect a person's ability to drive and result in arrest for driving under the influence.

A person is killed roughly once every 52 minutes in a drunk-driving crash, for a total of more than 10,000 deaths each year, according to the National Highway Traffic Safety Administration (NHTSA).

NHTSA also notes there is usually a rise in drunk-driving deaths during the Christmas and New Year holidays.

Alcohol has a negative impact on driving ability.

Even a blood alcohol concentration (BAC) of .02% has negative impacts on driving ability, per the NHTSA, including a decline in visual functions and a reduction in the ability to perform two tasks simultaneously. At .05%, a driver can have reduced coordination, a reduced ability to track moving objects, problems with steering, and a more limited ability to respond to emergency driving situations.

At .08%, the legal limit for alcohol in California, drivers may have reduced concentration, problems with short-term memory, a reduced ability to process information, and impaired perception.

At higher BAC levels, a driver may not be able to maintain lane position or brake when needed, and there may be substantial impairment in their overall ability to safely operate a motor vehicle.

Call an experienced car accident attorney from our law firm if you've been hit by a drunk driver in the Bay Area.

When people get behind the wheel while impaired, the result is often an accident, and innocent victims can end up paying the price. Crash victims can suffer severe and painful injuries that need extensive medical treatment. This can also lead to financial difficulties as they struggle to pay their medical expenses and lose income from missed time at work during their recovery.

People who are hit and injured by drunk or impaired drivers deserve financial compensation. But impaired drivers often fight charges against them and deny doing anything wrong. In addition, insurance companies may dispute the seriousness of injuries and make settlement offers that fall far short of covering all of the damages suffered by the victim. That's when having a highly skilled legal team on your side can make a dramatic difference in the outcome of your case.

If you were hurt in an accident caused by an impaired driver in Walnut Creek, Antioch, or anywhere in the Bay Area, the car accident lawyers at Clancy & Diaz can help. Contact us to schedule a free consultation and see how we can help you.