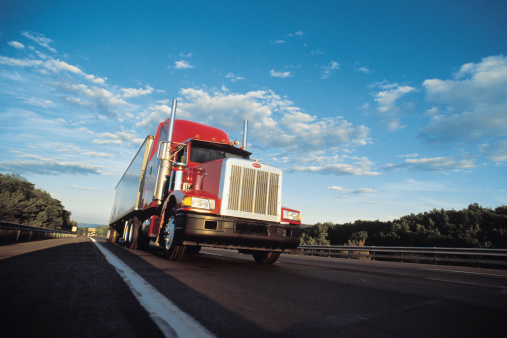 A commercial truck recently caused a fatal, multiple-vehicle truck accident on a highway in California’s Bay Area during rush hour that closed parts of the interstate for eight hours and resulted in a hazardous spill on the highway, according to NBC Bay Area News.

This serious accident also serves as a tragic reminder of the dangers posed by commercial trucks and why it’s important for truck drivers and truck companies to properly maintain commercial vehicles in order to prevent truck accidents, according to Bay Area attorneys who handle truck accident claims in California.

The recent accident caused by a septic pumping truck occurred on the southbound side of California State Highway 17 at around 8:10 a.m. near Santa Cruz, according to the California Highway Patrol (CHP), which responded to the accident. The septic truck crashed into a car and a pick-up truck on the highway. The driver of the pick-up truck died in the crash. The accident occurred because “the septic truck's brakes gave out,” CHP told NBC Bay Area News.

Why do truck accidents happen?

Accidents caused by large, commercial trucks remain a serious problem on our roads. Each year, more than 4,000 people die in accidents involving large, commercial trucks, according to statistics compiled by Insurance Institute for Highway Safety (IIHS). Since 2009, the number of large truck occupants killed in accidents involving other vehicles has increased by 51 percent in the past decade. However, occupants of smaller passenger vehicles still remain the most vulnerable on the road – 67 percent of fatalities involving large trucks involve the driver or occupants of smaller cars.

Accidents involving commercial trucks happen for many reasons, including:

These are just some of the reasons why commercial truck accidents happen. Each accident is different and requires an independent investigation. This is why it’s important to hire an attorney to investigate your truck accident.

Who pays for accident expenses?

First, it’s important to understand your state’s insurance system. Some states have no-fault insurance systems, in which drivers file accident claims with their own insurance company regardless of who caused the crash. Most states, including California, have a fault-based insurance system. That means the at-fault party is responsible for compensating injury victims for their accident-related expenses, including vehicle repairs, medical bills, and replacement income.

In the case of a commercial truck accident, the at-fault party could be more than one company, including:

In the case of the California truck accident described earlier, for example, the at-fault parties may be the truck driver, the company responsible for maintaining the truck’s brakes, or perhaps even the company that manufactured the brakes. Each possibility needs to be explored. That’s the job of the injury victim’s attorney.

How can a lawyer help?

Just because a commercial truck driver clearly caused your crash does not mean you will be automatically financially compensated. The at-fault party, its insurance company, and its attorneys will often do everything they can to reduce or deny your claim. That’s because there’s often a significant amount of money at stake.

Our dedicated attorneys at Clancy & Diaz, LLP can demand the compensation you rightfully deserve. We know how to investigate commercial truck accidents. We’re familiar with the state and federal laws that apply to accidents. We know how to deal with trucking companies and will demand access to important information they often have related to your accident, including Hours of Service (HOS) logs and data from the truck’s black box recorder.

Learn more about how our law firm can help you with your truck accident. Contact us and schedule your free case evaluation. We have two offices conveniently located in California’s Bay Area, in Walnut Creek and Antioch.