Home > Fatal Car Accidents Spike in California and Across the U.S.

Fatal Car Accidents Spike in California and Across the U.S. 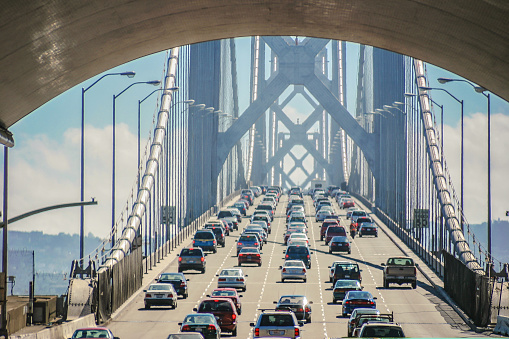 Traffic crashes are a common occurrence on our nation’s roadways, but last year turned out to be one of the deadliest for U.S. motorists, including drivers in California.

Traffic fatalities increased in 2021 by 10.5%, and according to the National Highway Traffic Safety Administration (NHTSA), that was the largest percentage increase since 1975 when the organization began collecting crash fatality data.

“Our nation has taken a dangerous and deadly step backward in traffic safety and impaired driving,” said MADD National President Alex Otte, who urged strong public-private efforts akin to the seat belt and airbag public safety campaigns of the 1990s to stem reckless driving. “More families and more communities are feeling the crushing magnitude of this crisis on our roads.”

The situation was also bleak in California, which recorded a 10.7% increase in traffic deaths in 2021 and accounted for roughly 10% of all traffic deaths in the country. Last year, an estimated 4,258 people died on California roadways—up from the 3,847 who died in 2020.

While some states like Wyoming, Nebraska, Wisconsin, Maryland, and Maine saw a decline in traffic fatalities in 2021, California was one of 44 other states that had an increase. Other key findings from the NHTSA report were:

According to traffic safety officials, reckless driving behaviors such as speeding, driving under the influence of alcohol and drugs, distracted driving, texting and driving, and aggressive driving are largely to blame.

Roads engineered to accommodate fast speeds instead of safety were also a main contributing factor, as were fewer people using seat belts, officials say. Those factors, combined with driver negligence, have essentially canceled out 15 years of progress in reducing motor vehicle accidents, injuries, and fatalities.

Educating the public, enforcing traffic laws, and improving road design could help stifle the surge in fatal crashes, officials say. The NHTSA is also pushing for new vehicles to have automatic braking and pedestrian detection systems.

If you were injured in a car accident caused by a negligent driver in the Bay Area, our car accident attorneys can help you make the at-fault driver answer for their actions. We have the knowledge, experience, and resources to handle every aspect of your claim and will fight for the outcome your case deserves.

At Clancy & Diaz, LLP, we've recovered millions for injury victims throughout the Bay Area and understand what it takes to win complex cases in California. Let us help you find your way forward and fight for the compensation you're entitled to.

To learn more about how we can help you, contact us today for a free consultation with an experienced car accident lawyer. We proudly serve clients in Walnut Creek, Antioch, and throughout the Bay Area.