Home > Hit-and-Run Car Accidents on the Rise in California

Hit-and-Run Car Accidents on the Rise in California 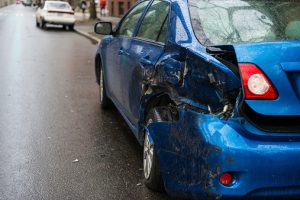 When an auto accident occurs, both drivers are required to remain at the scene until police arrive. In fact, it is required by law in California. Failure to stop can result in up to one year in jail, a fine of up to $10,000, or both, according to state law AB-2014.

Despite the consequences, many drivers still fail to comply and flee the scene of an accident. At Clancy & Diaz, LLP, we’ve seen the devastation a hit-and-run accident can cause to victims and their families. If you’ve been injured in a hit-and-run crash and are unsure what to do, we can answer your most complex legal questions.

Why do some drivers flee the scene of a crash?

According to The Mercury News, hit-and-run fatalities happen nearly six times per day in across the U.S. and that number continues to rise. In 2015, U.S. drivers reportedly fled crash scenes more than 2,000 times daily. What is causing this upsurge?

Psychologist Emanuel Robinson claims that hit-and-run accidents may be attributed to intense emotions at the time of a crash. When an accident occurs, some people become scared or angry, while others try to rationalize fleeing the scene of a crash.

A study conducted by the University of Leicester in Britain examined 53 hit-and-run drivers and found that 21 of them panicked at the time of the accident, seven of them were concerned about drunk driving, eight of them claimed to be unaware of the crash, and 13 of them believed the crash was too minor to report.

What can I do if I’m injured in a hit-and-run accident?

If you’re struck by another vehicle and are able to identify the driver’s license plate number, you may be entitled to compensation for any damages, injury, or financial loss caused by the accident. But not all crash victims are that fortunate. That’s why it’s important to know how to prepare yourself in case you’re struck by a hit-and-run driver and cannot identify him or her.

California law requires all drivers to purchase liability cover, which compensates crash victims for injuries and property damage. However, this won’t cover your expenses if you’re injured in a crash with an uninsured driver or a driver who can’t be identified.

You have the option to purchase Uninsured/Underinsured Motorist Coverage, but this is not required by law. If you have this coverage, which we highly recommend, it will compensate you for medical expenses and financial losses related to your accident.

Being involved in a hit-and-run accident can be a frustrating ordeal. That’s why it’s important to speak to an experienced Walnut Creek auto accident attorney who understands the complexity of these types of accidents.

Contact Clancy & Diaz, LLP today so we can discuss your legal options.