Home > Road rage incidents on the rise, according to statistics

Road rage incidents on the rise, according to statistics 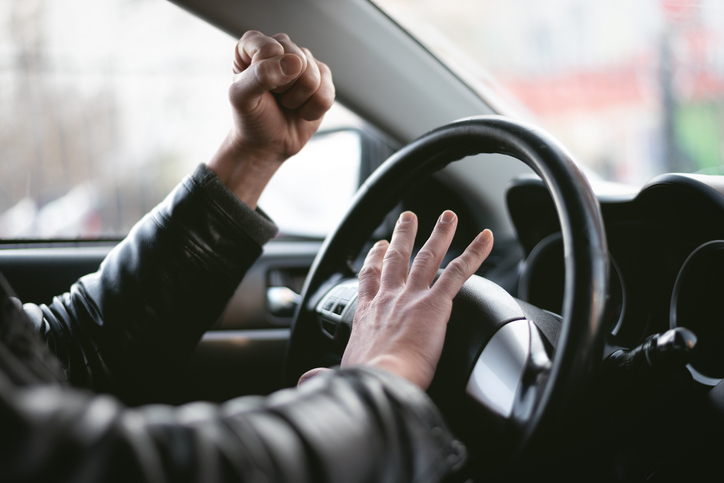 A woman was fatally shot in Wisconsin while teaching her teenage son to drive. A child was shot dead by a deranged gunman. A driver and passenger were attacked by a man wielding a sledgehammer. If this doesn't sound horrific enough, just know it is only the tip of the iceberg. According to CNN, road rage is a growing problem across the United States.

These national statistics cited in the article confirm it:

What types of behaviors do aggressive drivers engage in?

Who is most likely to behave aggressively on the road?

While the majority of drivers may not take things to this extreme, one study delved into the characteristics of drivers who do. The study found that those who begin driving while angry (possibly because of something that happened at home or at work) are more likely to speed, tailgate, drive aggressively, and engage in road rage.

AAA researchers also point to the following factors that can lead to road rage:

"If you miss just one or two hours of your normal sleep within a 24 hour period, your performance as a driver has the same level of risk as driving with a blood alcohol concentration above 0.08, the legal limit," said Jake Nelson, director of traffic safety advocacy and research for the AAA.

How can road rage be prevented?

If you or a loved one is hurt in a crash involving aggressive driving or road rage, it's important to seek immediate medical attention. The driver who was responsible for causing your crash can, and should, be held accountable. An experienced Walnut Creek car accident attorney at Clancy & Diaz, LLC can investigate your crash and fight to pursue justice for you and your family.

To schedule your free case evaluation with our legal team, contact us online today.