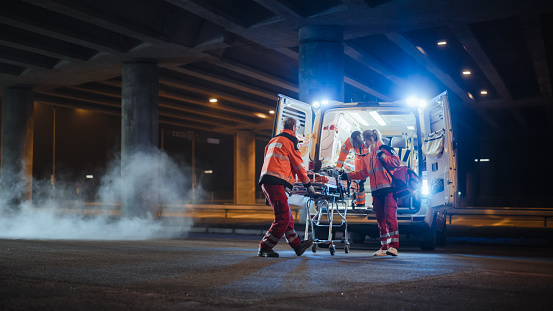 As views on marijuana have evolved, many states have relaxed cannabis laws in recent years. There have been many questions about what effect that would have on car accidents. A recent study from Boston Medical Center, Boston University (BU), and the University of Victoria has provided some insight.

Researchers examined data for roadway fatalities from the National Highway Traffic Safety Administration’s Fatality Analysis Reporting System. They focused on fatal crashes in which the driver tested positive for a cannabinoid, had any amount of alcohol in their system, or had used a combination of the two.

Researchers said the results indicated that as laws have been relaxed in states, alcohol and cannabis have increasingly been used together by impaired drivers. They found people who were killed in cannabis-related crashes were 50% more likely to have also used alcohol.

The percentage of motor vehicle deaths involving alcohol remained largely unchanged during that period. More than 40% of road deaths in the U.S. involved alcohol – 30% involving a blood alcohol content above the legal limit, according to a press release from Boston Medical Center.

“There has been progress in reducing deaths from alcohol-impaired driving, but our study suggests that cannabis involvement might be undercutting these public health efforts,” said physician Timothy Naimi at BU and the senior study author.

“The bottom line is that we have a lot of work to do to reduce deaths and harms from impaired driving from alcohol, cannabis, and other substances,” she said.

The Insurance Institute for Highway Safety (IIHS) notes that drivers impaired by marijuana have slower reaction times, difficulty paying attention, and difficulty staying in their lane, according to driving simulator tests.

California voters approved legalizing the use of marijuana for recreational purposes in 2016, and licensing for selling and producing it began in 2018.

Impaired driving can lead to a crash that leaves people killed or seriously injured. Survivors may suffer broken bones or injuries to the head, neck, or back. Medical expenses for surgery, hospitalization, medication, physical therapy, and doctor’s appointments can soon become overwhelming. Victims may also be left unable to work because of their injuries.

But negligent drivers who cause these accidents often deny being impaired. Insurance companies will try to minimize injuries and look for ways to minimize compensation. They may make a settlement offer that falls far short of covering the actual damages suffered.

That’s why you need an experienced car accident lawyer if you’ve been injured by an impaired driver in Walnut Creek, Antioch, or anywhere in the Bay Area. At Clancy & Diaz, LLP, we know how to build strong cases built on facts to hold negligent drivers accountable. We fight back against the insurance companies to help you recover the compensation you deserve.